The Colombian conflict, in a country with a problematic topography of mountains and jungles, is infinitely complex. From university professors to charity leaders, via international cooperation agencies and human rights militants, we have heard the word “complejo – complicated” endlessly.

And this conflict is complicated, that’s the least we can say, in particular given its duration, over 50 years, and its source of funding: narcotics-trafficking and the large number of protagonists. Guerrillas from the FARC, EPL, ELN, M-19 (respectively: Marxists, Maoists, Guevarists and nationalists), indigenous guerrillas and those of African descent (who we never hear about) fight or have fought for reasons which have an ideological basis. Paramilitaries with their penchant for the extreme right united under the AUC banner (United Colombian Self-defence) and have now converted to BACRIM (meaning Bands of Emerging Criminals). They are keen to control the territories and specialise in drug-trafficking, prostitution and kidnapping, in particular.

Here in Colombia we don’t talk about civil war, but rather armed conflict. We thought we were arriving in a post-conflict country. That is not the case. Everyone agrees that whilst violence has abated, Colombia is “post-agreement” or in transition. In 2016, a peace treaty was finally signed between the government of Santos and the FARC (which transformed into the FARC political party), but clashes continue in certain regions between the governmental army and the ELN guerrillas, other paramilitary groups, the BACRIM and FARC dissidents.

The problem of child soldiers in Colombi

Virtually all of the armed groups have recruited children as soldiers, both in villages and in towns. Almost 18,000 have been recruited in total.
With criminal gangs, we also see the notion of the criminalised child appearing (informants, drug dealers, or, even worse, sicarios – contract killers, etc.) who should also be treated as child soldiers. Their total number is unknown.

The victims of the conflict

Like we said, Colombia is a country in transition. Until now, in 50 years, the conflict has claimed more than 260,000 lives (82% of which are civilians), 45,000 people have disappeared, almost 8 million internally displaced, thousands of child soldiers (almost 18,000), an incalculable number of war widows and orphans. It is also, the second most mined country in the world after Afghanistan.
But here in Colombia, we also talk about a silent conflict which is superimposed on the armed conflict: narcotics-trafficking which continues to threaten peace. 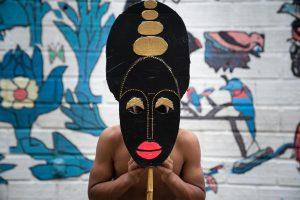 WAPA supports the two art therapy projects of its local partner, in the two reintegration centers welcoming demobilized adolescents from guerrillas and other armed groups: the” Arteuma “project in Cali and” Kuakumun “in Medellin.

Music sessions, dance, visual arts, theater, embroidery … much more than just a distraction from their schedule. They make it possible to develop both personal and social skills:

These sessions are accompanied by outings and artistic events: presentations of artistic work to other young people in society, meeting with professional artists, visit to a museum … These exchanges are beneficial to them, make them proud and allow them to be considered other than as ex-child soldiers.