CHILD SOLDIERS, WHO ARE THEY? 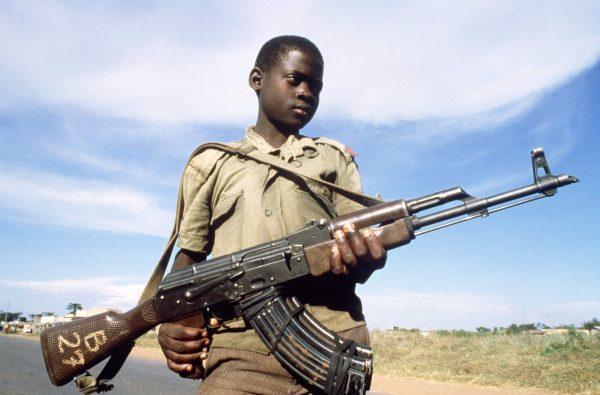 The last civil war waged by the Lord’s Resistance Army (LRA) is characterized not only by extremely violent attacks on the civilian population, but also by the massive recruitment of children as soldiers or slaves. Nearly 80% of the LRA’s troops were young people under the age of 18.

It is estimated that some 60,000 children (1/3 girls) have been kidnapped in their garden, at school, on the streets or during their sleep. The danger was so great that the children were called “night commuters” because they left their homes to spend the night in the city of Gulu protected by the government army. They found shelter here in churches, hospitals, under shop fronts, … in order to prevent being raped, kidnapped or killed. The rebels could attack a village at any time of the day or night to create a permanent sense of fear. They committed the most horrific atrocities: murder, mutilation, child abduction, rape, arson, … At the height of perversion, the rebel group often forced children to kill a member of their family or community. In this way, they turned them into war machines, ready for anything.

Totally overwhelmed by their numbers, most children could receive just a few weeks of psychological support in rehabilitation centres set up by the government and some NGOs. The return of these war veterans was an enormous, often impossible task. Some families could forgive their own children, but for others, the suffering, bitterness, and fear of living with a “murderer” was too big. Ex-child soldiers are still being pointed out (just like their children). Stigmatized, they do not have the same opportunities: job refusal, resistance to marriage, etc. In addition, many of them are infected with the HIV / AIDS virus and their lack of schooling has destroyed their prospects for the future. 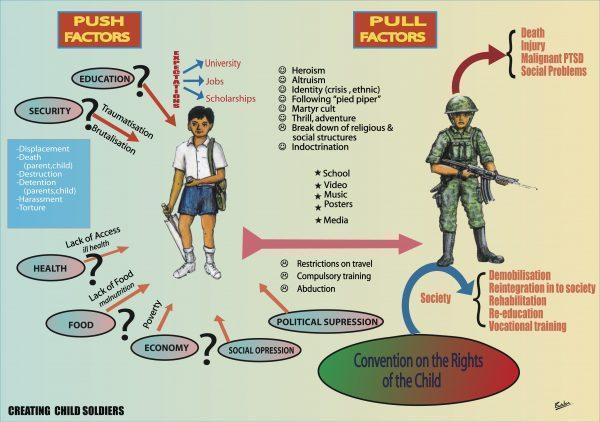 During the civil war which particularly affected the north of Sri Lanka, thousands of Tamil children (generally between 13 and 18 years old) were recruited by force or ‘’Voluntarily’’ to fight aside the Tamil Tigers. They all lived through traumatising experiences: bombings, shootings, explosions, torture, brutalisation, executions, rape and anti-personnel mines.

During the war, families were deprived of any form of income, access to education or to healthcare as well as food, which encouraged children to join the LTTE. Some children were even happy to be able defend the civil rights of their community, leaving their caste at the same time and in the case of women and young girls their ‘’inferior’’ condition as women.

In contrast, since the beginning of the war, children have been recruited by force to carry out small ad hoc tasks. Near the end of the war, seeing their defeat approach and the number of combatants decrease, the organisation was obliged to reform their ranks with children and adolescents. The only way to avoid forced enrolment for young girls: Arranged marriage, as married women are meant to look after their homes.

After 2009, while for the rest of the country the war was nothing but a bad memory, in the north the stigma that was left by it was still present. Especially for women: ex-combatants or widows, between 45,000 and 90,000 (the numbers differ significantly) became completely invisible. They face physical suffering (wounded by shells, amputation, etc.) psychological issues (linked to war suffering and the loss of loved ones) and social exclusion. For a long time, they feared being killed or tortured for having belonged to a rebel group. Today, they must work to provide for their family’s needs. However, working marginalises them, as they were used to domestic duties. Not only do they have to face government forces but also Tamil Conservatism. 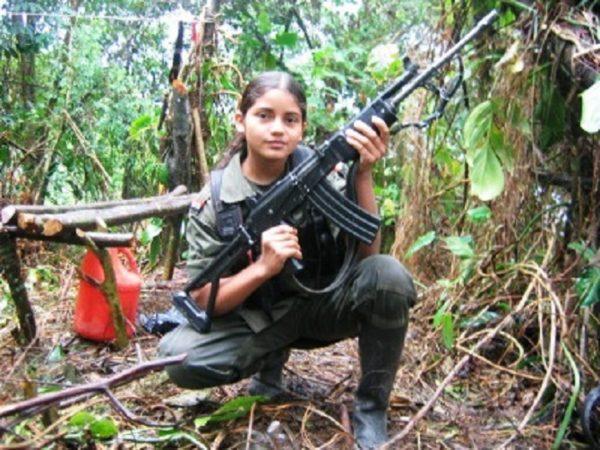 Virtually all of the armed groups have recruited children as soldiers, both in villages and in towns. Almost 18,000 have been recruited in total. With the arrival of criminal gangs, we also see the notion of the criminalised child appearing (informants, drug dealers, or, even worse, sicarios – contract killers, etc.) who should also be treated as child soldiers. Their total number is unknown.

Among the roles are: domestic duties, messenger or informer, manufacturing, setting or detection of anti-personnel mines, guiding or security, sex slaves to military leaders and the recruitment of other children. Last of all they bear arms and are sent to the front where they carry out kidnappings.

In Colombia, the average age of a child soldier is estimated at 13 and 30% of these children are girls. 1 child in 6 is Afro-Colombian or indigenous*